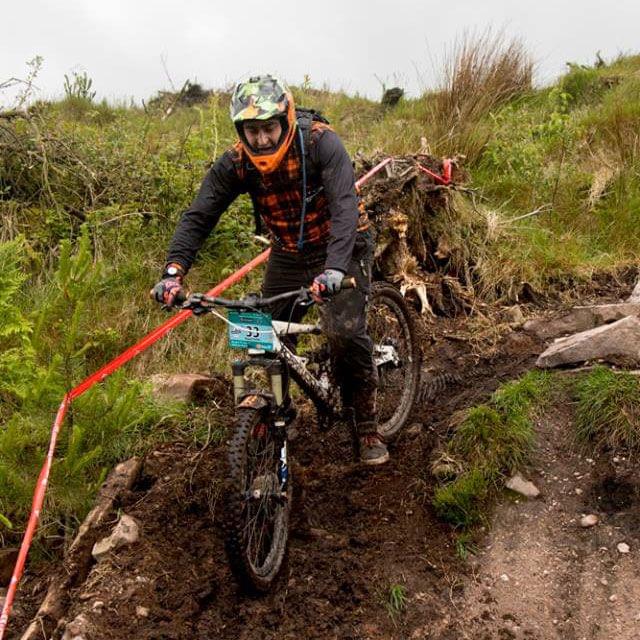 All photos courtesy of Patrick Homes 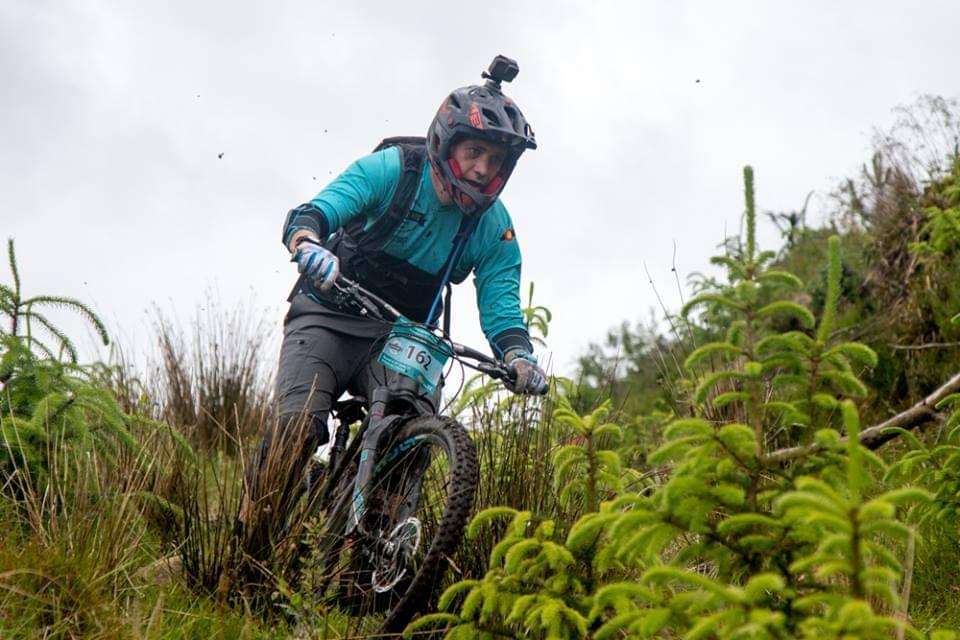 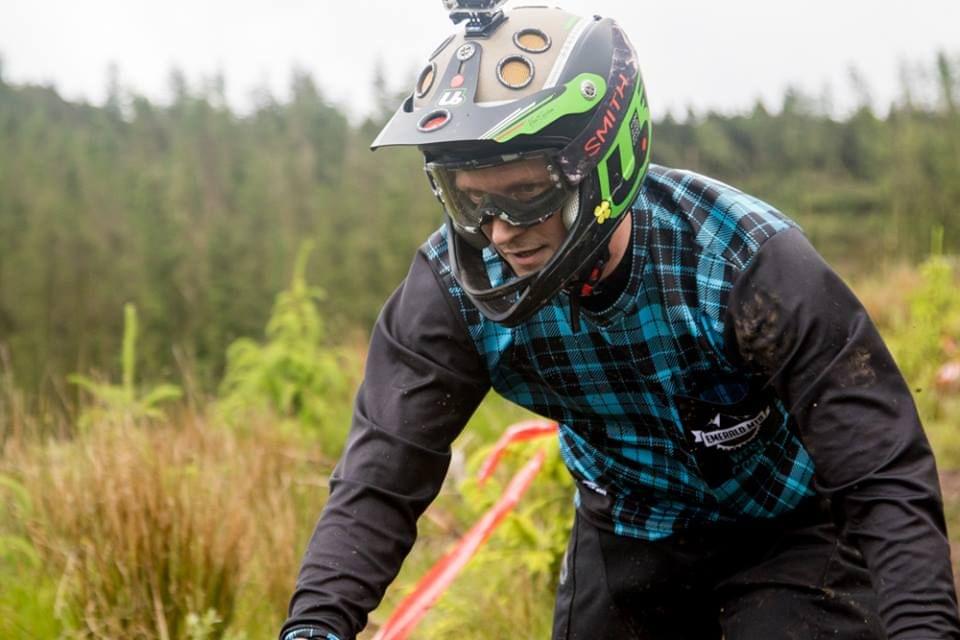 Round 4 of the Grassroots Enduro Series at Ballyhoura

Sunday the 11th of June was the date of of the fourth round of the Polygon Grassroots Enduro Series organised by Team Ballyhoura and held at the Ballyhoura Mountain Bike Trails.

For this race three of us joined up and rode the event together. A nice departure from the norm for me, having done my previous two events on my own. Even though at an Enduro event you race the stages alone against the clock, having company on the climbs makes for a much more relaxed atmosphere. The banter and recounting of mishaps on the previous stage shorten the transitions no end.

Despite the great few weeks of weather in May, the week before the race was wet, wet, wet. And while the weather on the day wasn’t particularly bad, no more than the odd shower, the trails in the loamy forest sections were well and truly water logged. If we’d thought about this before starting the day, we might have changed the order of the stages. But, as excitement to get under way got the better of us, we ran them in order. 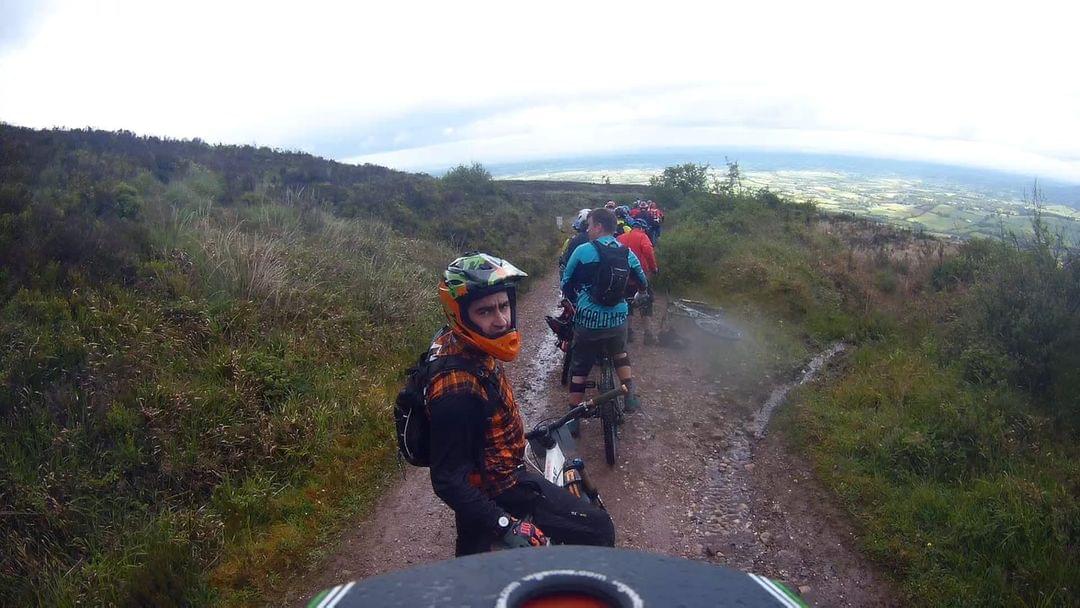 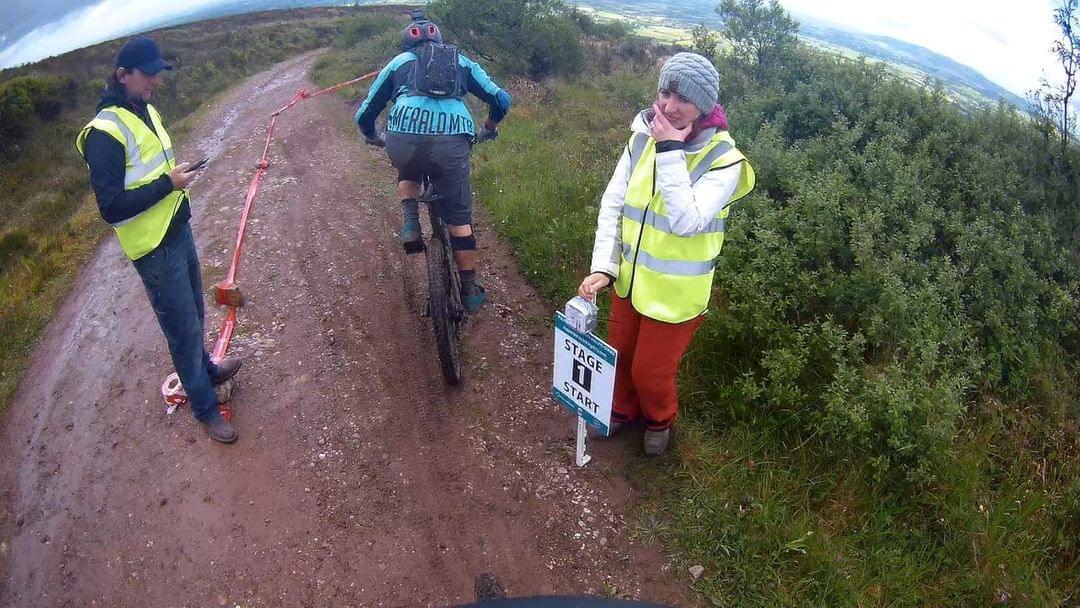 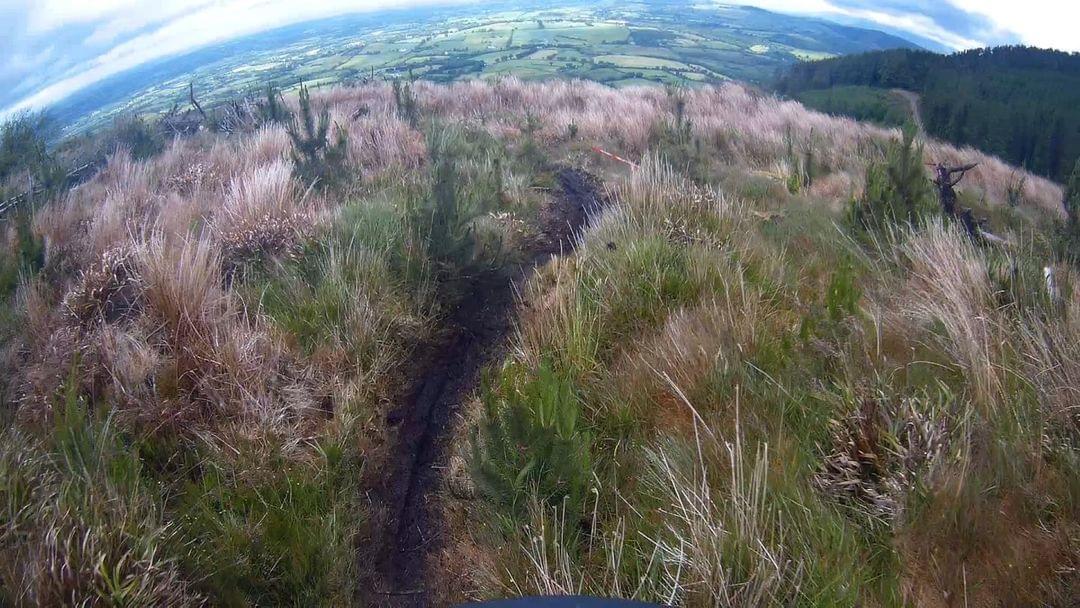 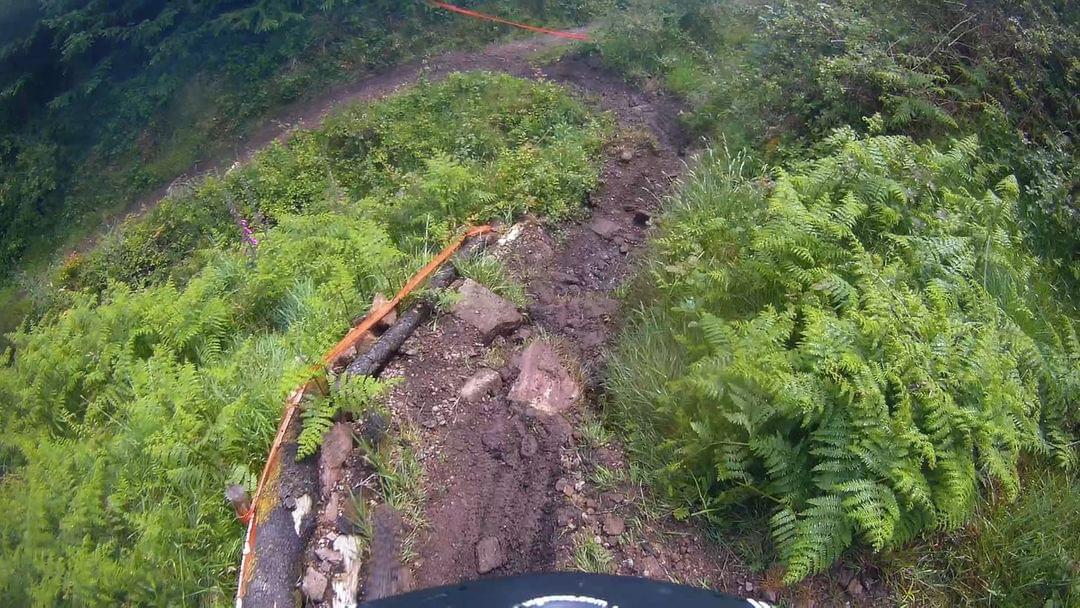 Stage 1 was very similar to that used for the Munster Enduro last year. The start was a little further up the hill, covering a short sprint over some grassy ground which caught a few people out. Then the stage dropped into Kinder Surprise, which while steep contains some nice berms to carry speed through. A couple of steep drops, over some whoops and then across the fire road into a steep and very tight switchback. This was followed by an all out sprint across a grassy footpath before a very tight u-turn connected with the trail centre's Green trail. After a few hundred meters a sharp left turn took us on to the last section known as Dr Jekyll and Mr Hyde. This is where the wet weather made itself felt, being very wet, very muddy and very slippery.

Stages 2 and 3 were both accessed via the same climb. A very steep rutted route that very few people rode up. Most pushed their bikes with grimly determined faces while trying to ignore the onslaught of the local midgies. 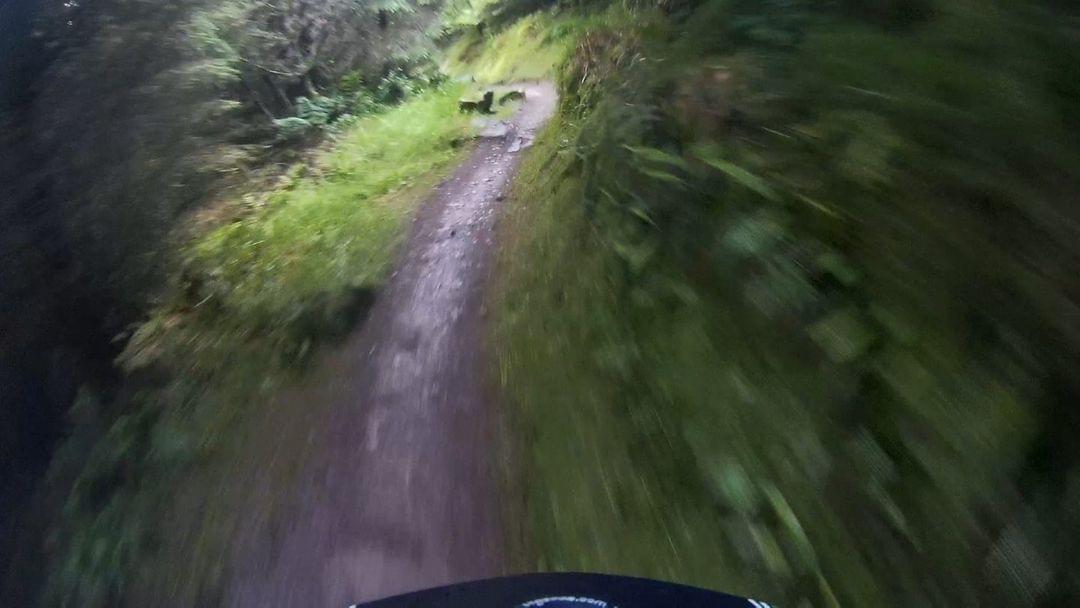 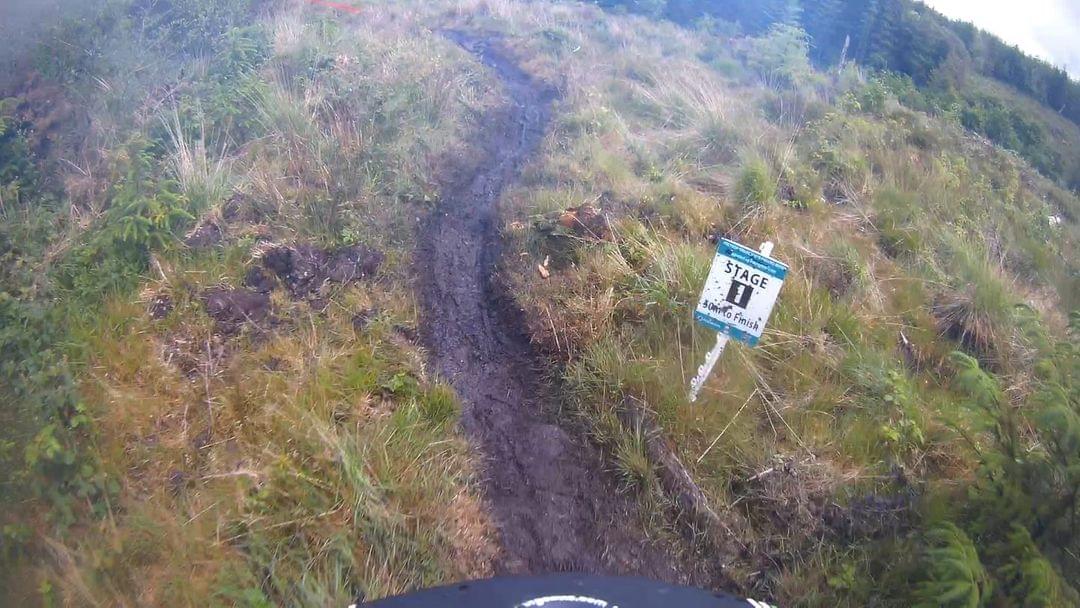 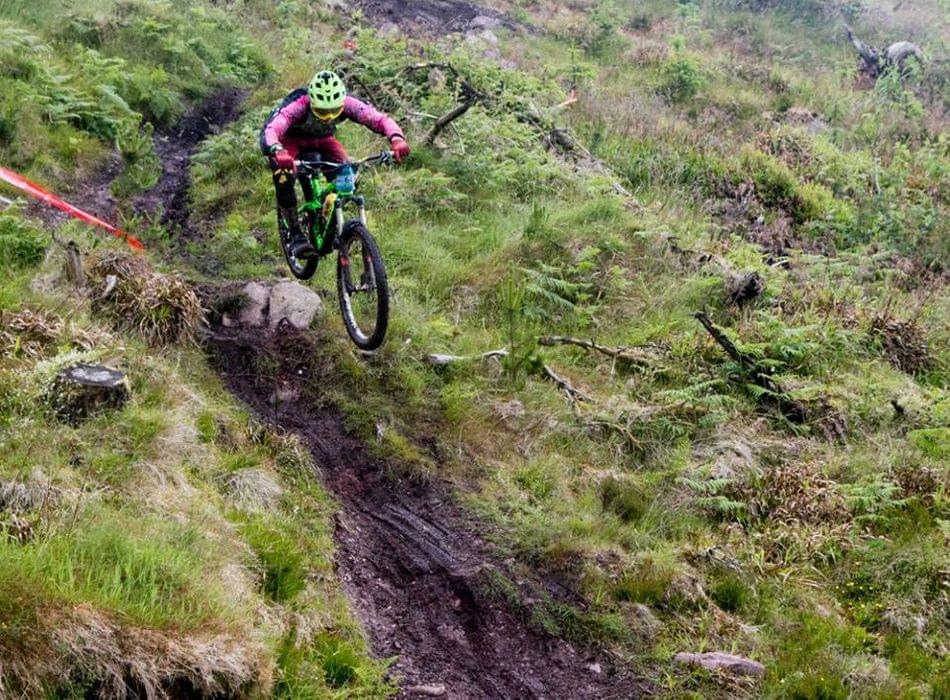 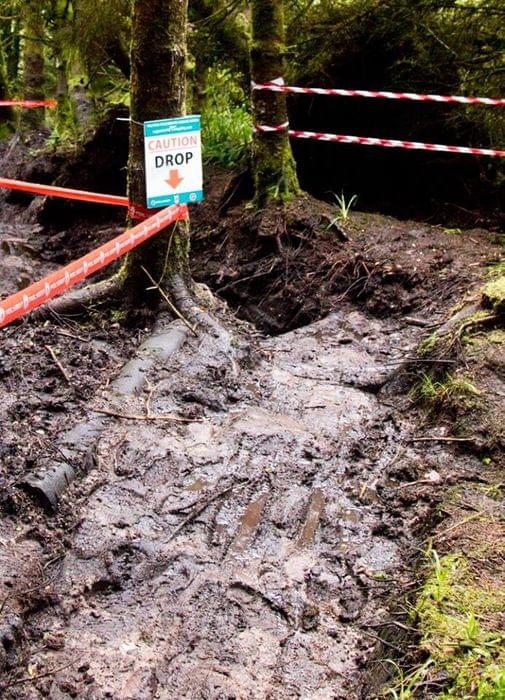 Stage 2, or Peace Process, was the shortest stage of the race. But probably the steepest, and certainly the muddiest. Apparently the local riders all headed for this and stage 3 first thing in the morning knowing what it would turn in to later in the day. Unfortunately, we didn't have this foresight. By the time we rode this stage the ground had been turned into a mixture like thin gloopy peanut butter. It was either a case of letting go of the brakes and putting your trust in the catch berms at the bottom of each of the steep lines between the trees, or getting off and trying to walk down. Once the gradient levelled out a little things became much more ridable. However by then our bikes had picked up so much mud it was hard to carry any sort of momentum. 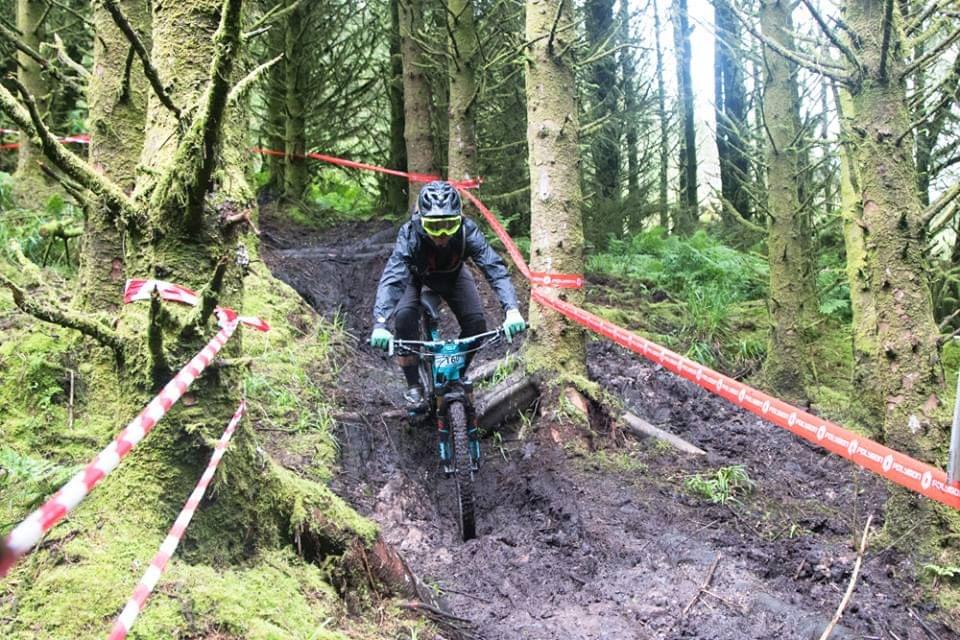 The last stage did not have a lot more grip than the previous one, but there were marginally fewer turns to negotiate. Also large sections of it ran through gulleys that at least kept you pointing in roughly the right direction.  After the slick forest section the trail crossed another fire road into a relatively straight section before joining up briefly with a trail centre path, over a narrow bridge and down some footsteps. A hundred meter uphill dash followed, before diving down into The Car Door through the lower parts of the forest and to the stage finish. 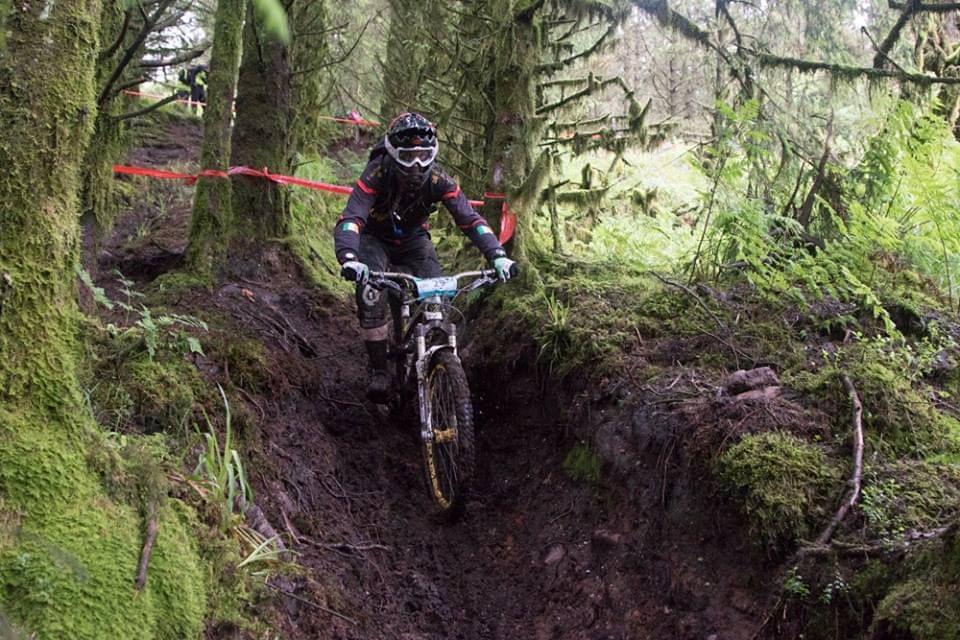 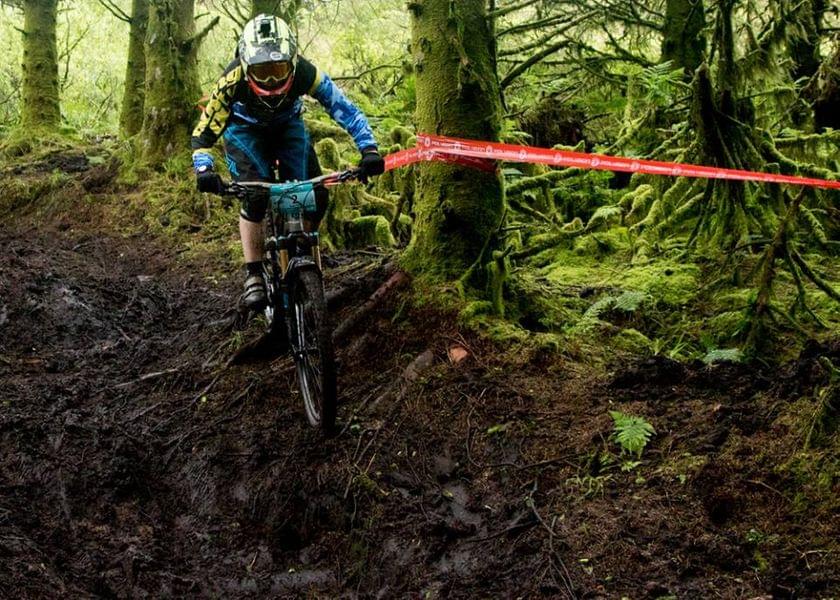 Even though we were totally unprepared for the conditions on the last two stages, and we walked and fell more than we care to admit, it was still a great day out. 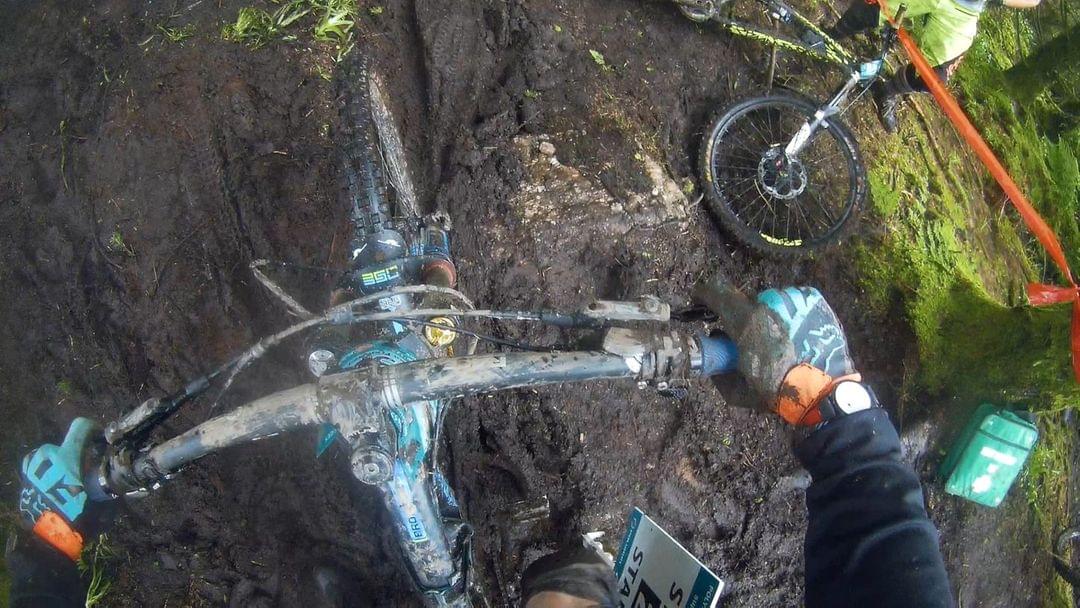 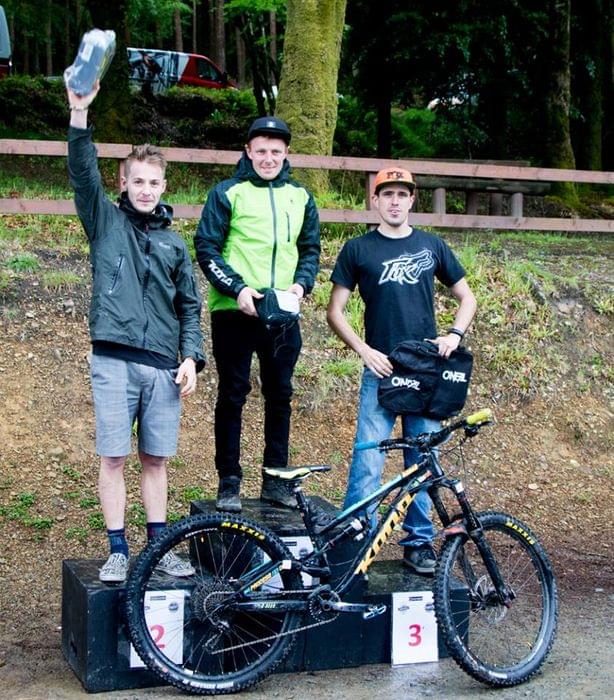 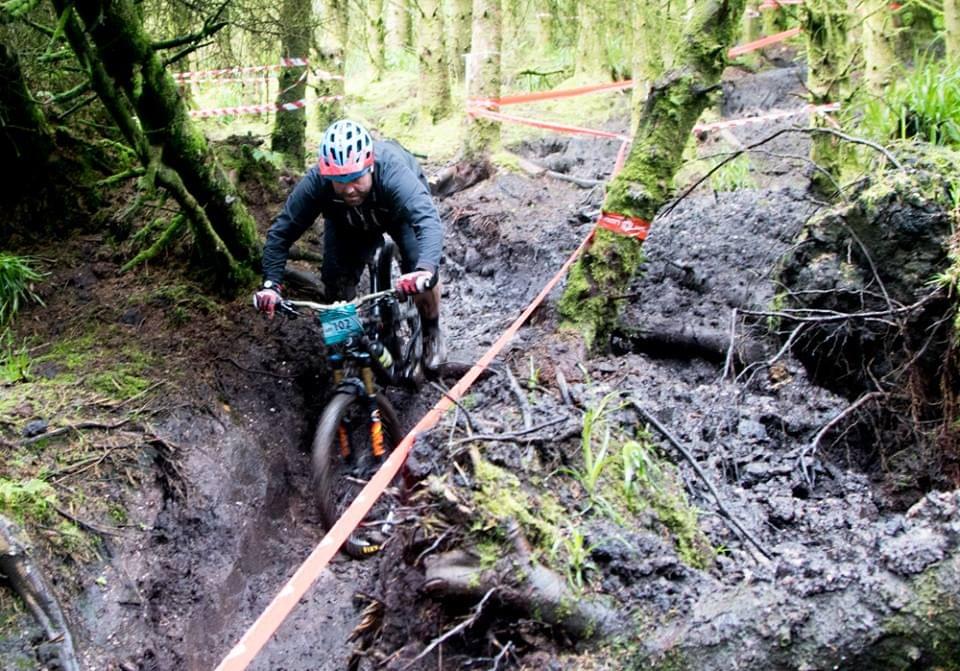 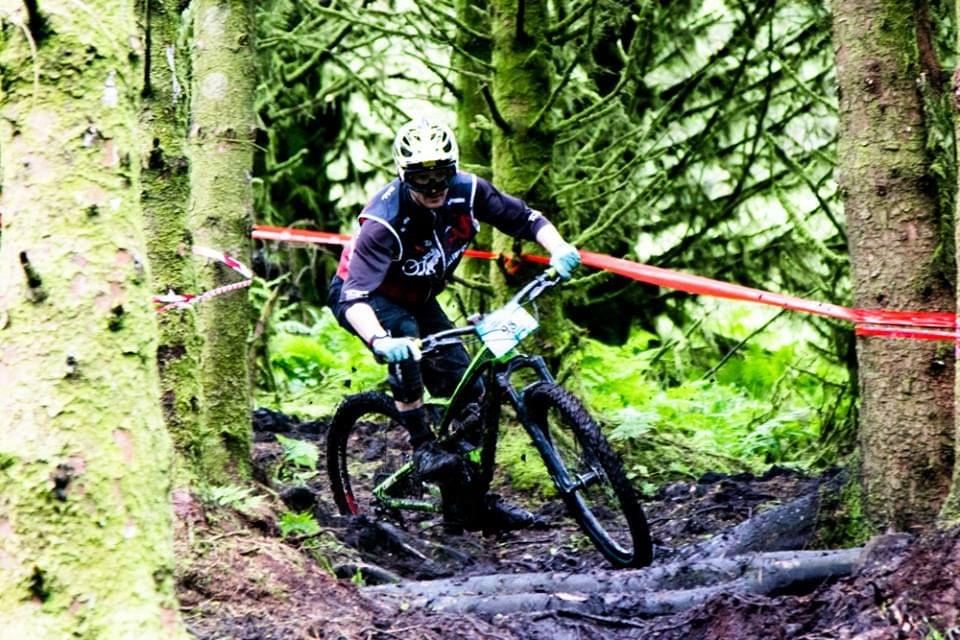 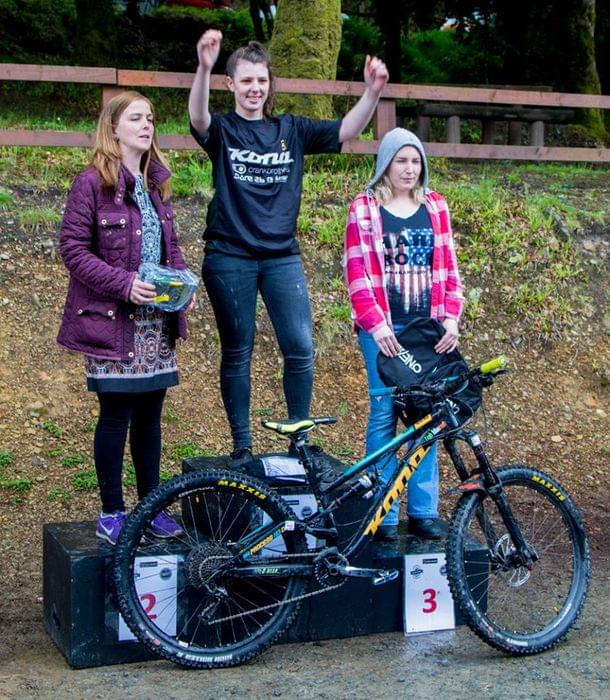